Susan Conroy writes about being a Catholic Speaker 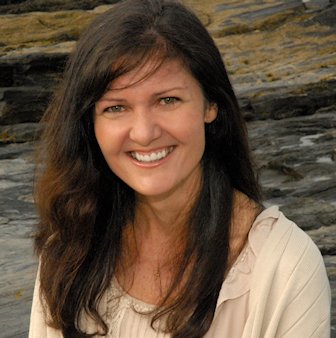 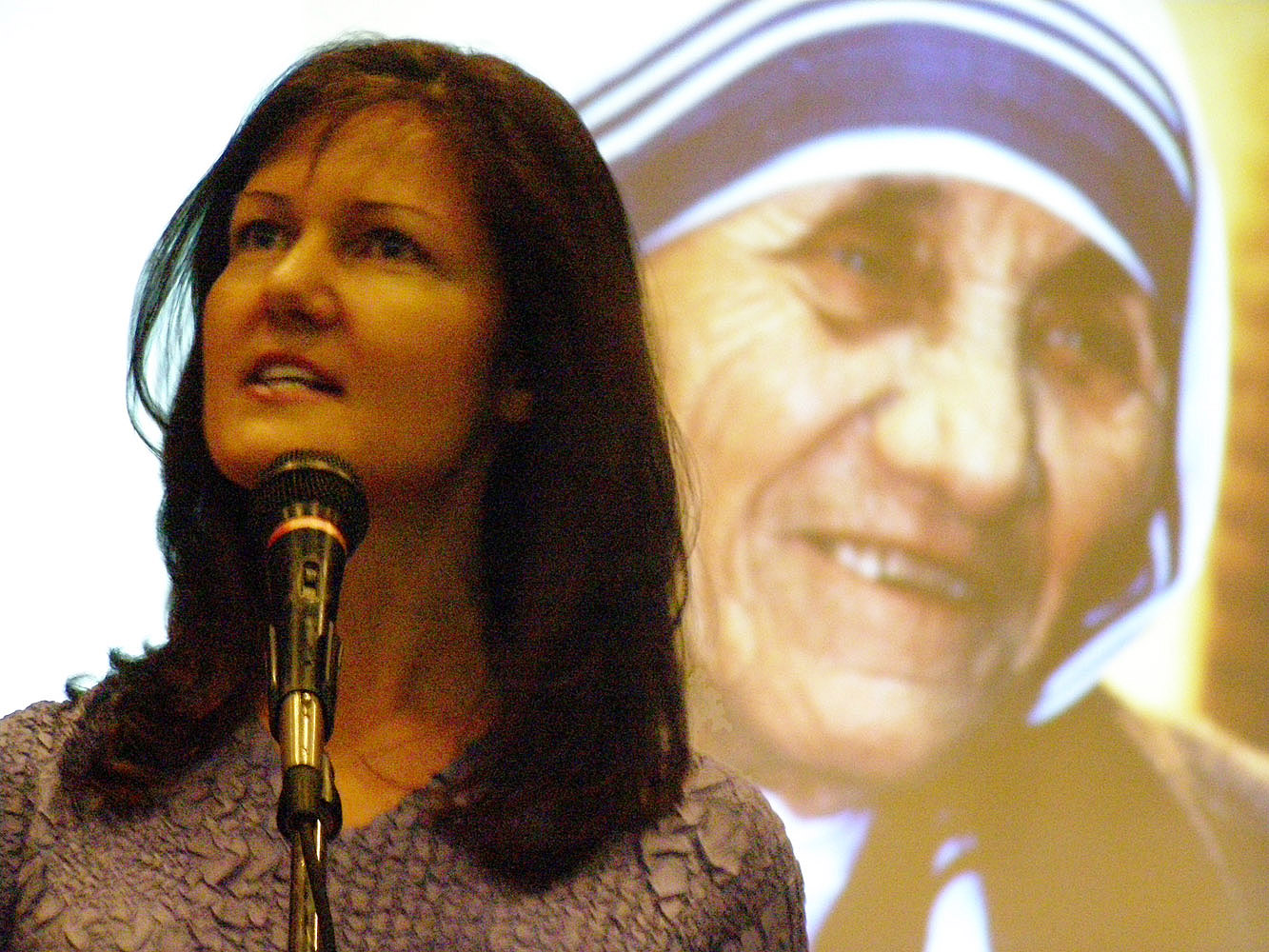 I speak to a wide variety of audiences  truly the whole spectrum of humanity!  because the messages of LOVE and life and service and faith and joy are so welcome and vital for our times. Mother Teresa of Calcutta and her labors of love among the Poorest of the Poor have universal appeal, and my talks most often relate to my experiences with Mother Teresa and her Missionaries of Charity while serving the destitute and dying in India. 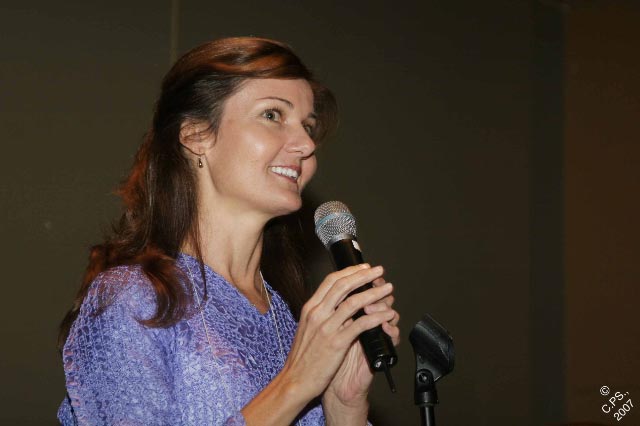 I speak to young and old: classrooms of elementary school children as well as residents of large retirement communities (and every age in between). I speak to rich and poor: audiences filled with only the most successful CEOs and Presidents of corporations, medical professionals at major hospitals, as well as inmates at a maximum security prison. (It was the positive feedback I received after a presentation at a large corporation that inspired me to write my first book!) I speak to religious as well as secular groups, including various denominations of religious groups (Jewish, Baptist, Methodist, etc.). 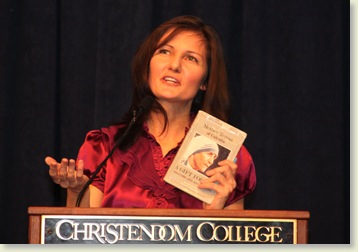 I speak to major service organizations like the Rotary Club, as well as major religious organizations like the National Council of Catholic Women (serving as the keynote speaker at the NCCW Annual Convention) and a number of conventions/gatherings of Diocesan Councils of Catholic Women throughout the country (including the MDCCW, the WCCW and the KDCCW). I speak at high schools as well as colleges and universities  from nearby institutions like Dartmouth, Christendom and Harvard, to more far-away places like Santa Clara University in California, etc. 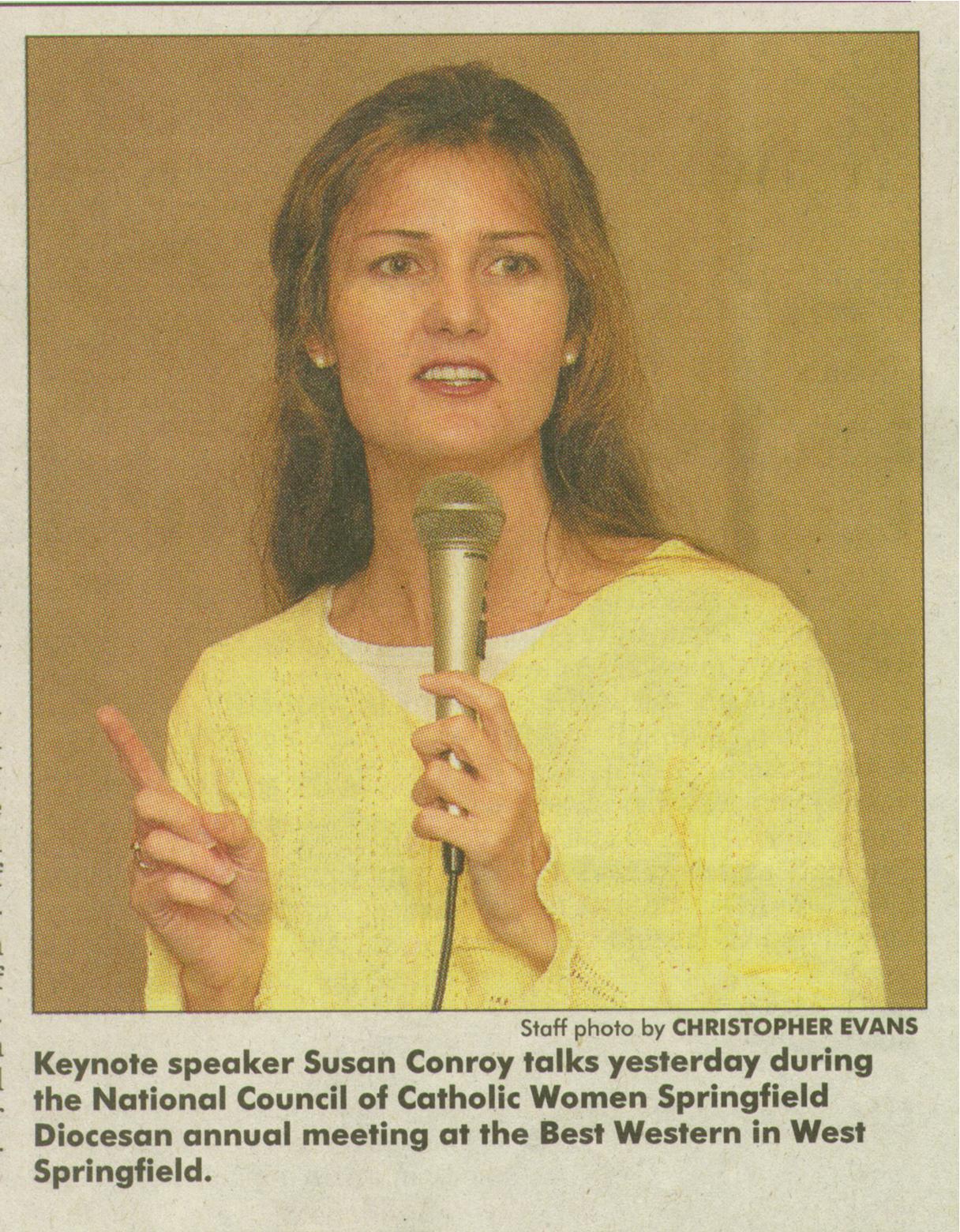 I speak at large conferences in big cities, as well as little churches in small towns. I have spoken to millions of listeners via global television and radio, as well as a handful of listeners at a small Church on a stormy night! I speak at mens Bible studies as well as womens book studies, and I have spoken at several "Theology on Tap" events (geared towards young adults) at various pubs near college campuses, like at Murphy’s Pub in Hanover, NH (Dartmouth), and The Kerrymen Pub in Saco, ME (sponsored by Southern Maine College Campus Ministry). I speak all across the United States of America. The furthest state in which I have spoken is Alaska, and the nearest is here in Maine! I speak from time to time in other countries, like New Zealand, Canada and Italy, and I conducted a 5 venue speaking tour in Ireland in September 2016. 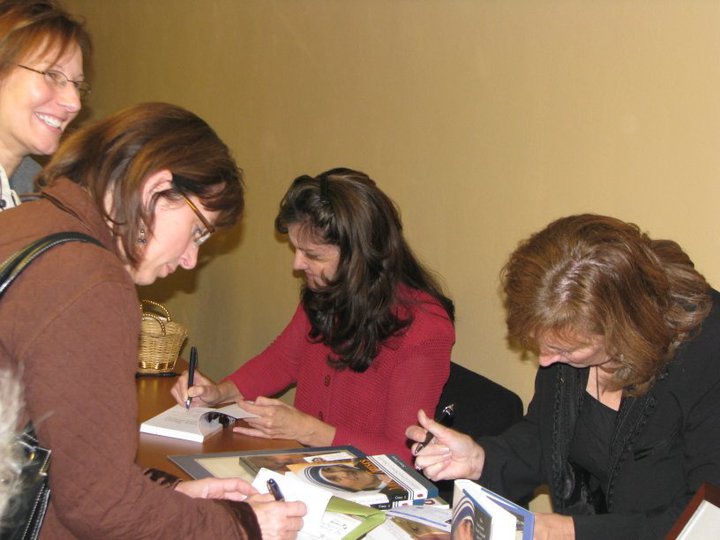 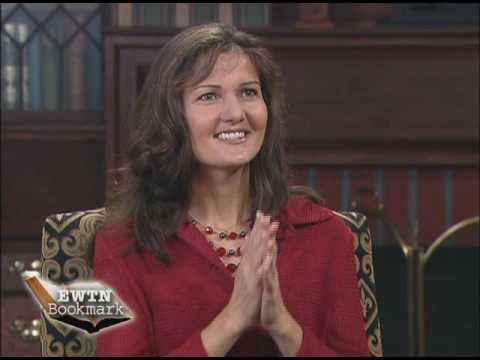 Typically, I give a full PowerPoint presentation about my personal experiences with Mother Teresa and her Missionaries of Charity in Calcutta, India. It is about an hour-long presentation (it can easily take longer, or I can curtail it to fit an hour-long period); if a group wants me to speak for less than an hour, I typically do not show the pictures; I simply speak from my heart. I do give talks on other topics as well. Lately, for example, I have been speaking more and more about Our Blessed Mother Mary. I have developed a talk which has been titled: "Following in Our Mother’s Footsteps with Love & Humility." I can adapt my talks to whatever any given conference/event needs, as long as it is about our Catholic Faith and Family. The most recent conference I spoke at was in Missouri and it was titled: "Strengthening and Healing Souls through Jesus the Healer." I have also spoken on Saints and Holiness. And now I am being interviewed about the topic of "Coming to Christ."

for more information on having her speak at your event

We understand the concept that if the heating or lighting system failed in your church or gathering place,
you would expect to pay someone to come and help with it. Similarly, we understand that it is reasonable
to expect to compensate someone for their time and effort when they come to help with your spiritual life,
which is more important than personal comfort or visible light.

Susan would be happy to accept speaking engagement stipends via Paypal. Simply
follow this link to send the agreed upon amount to her at the email address above. 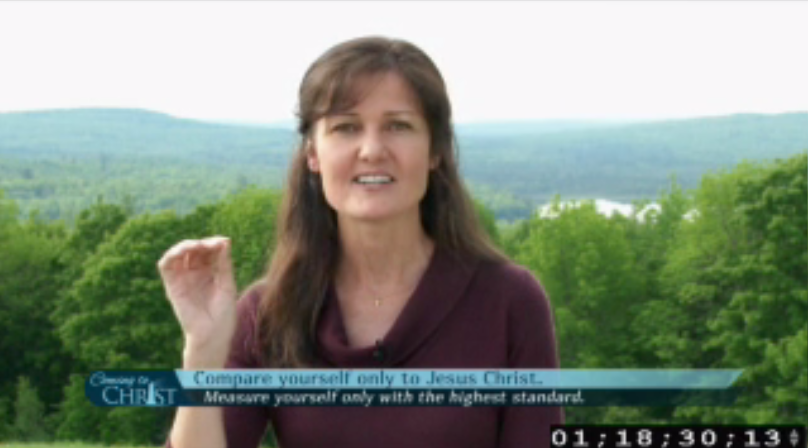